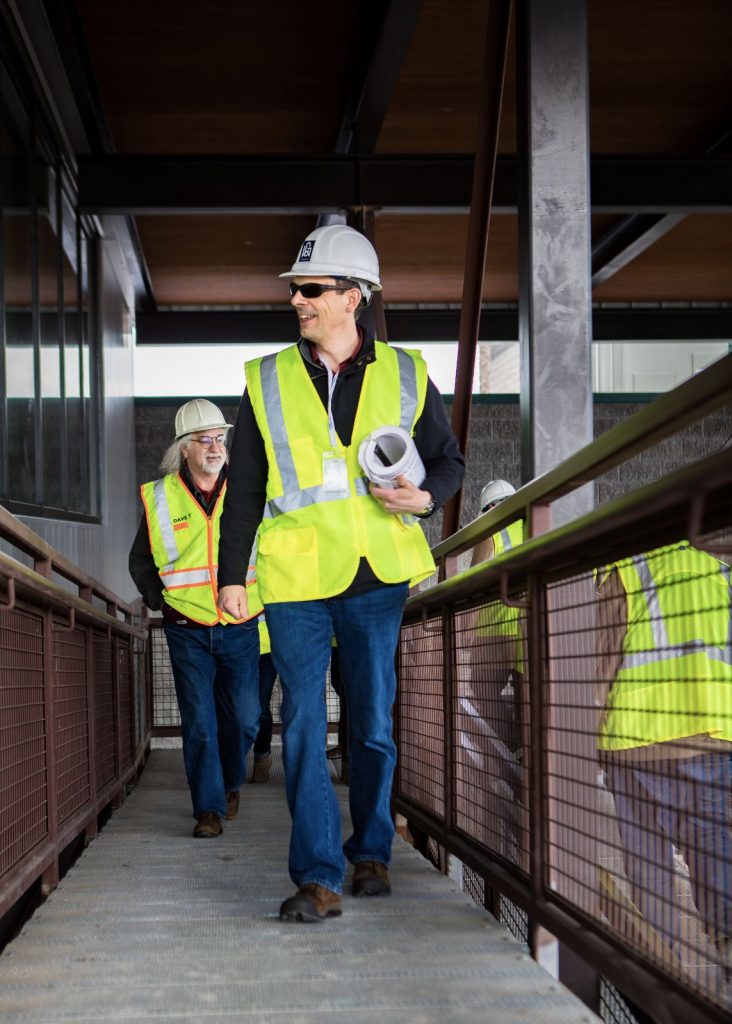 “Nice to see that Kory K is doing so well for your firm. I remember working with him as an elementary student in the gifted and talented program at Broadway Elementary School many years ago. He always wanted to be an architect.” – Keith Meyer, one of Kory’s former elementary school instructors

According to Kory, the roots of his architecture career began to take shape as early as 7 years old.  Growing up, Kennaugh always enjoyed drawing, whether it was during elementary art classes or spending time at his grandparent’s house with just a piece of paper and pencil.

His childhood interest would manifest throughout his entire education, where Kennaugh began taking technical drawing, art, and advanced math courses as well. It was here that all the pieces of a potential career path began to come together.

By the time he entered Capital High School, largely ahead of its time in regard to technical drawing and software, some of Kennaugh’s favorite subjects included art, math, industrial arts, and technical drawing- all the subjects embodying an interest that would later translate into a life-long career. Reflecting back, he shares how valuable these lessons were. Doing hands-on building work in shop classes, basic hand drafting, CAD, and architecture classes gave him the tools he would later need as he pursued an architecture degree.

“I really have my instructors to thank for that,” he shares. “They were really proactive in teaching us advanced software which later prepared me for architecture school.”

Five years later, Kennaugh graduated with his Bachelors of Architecture from Montana State University. When an internship at CWG Architects opened up, he jumped on the opportunity to return to his hometown.

In 1997, the year Kennaugh started his internship, he was one of the youngest staff members in the office by almost 20 years. “It’s funny to see the transition,” he shares, “from being the tech savvy young staff to having to ask the younger generation for technical help.”

“My favorite part has been developing relationships with a number of long-term clients over the years,” he reflects. “It’s been satisfying to know clients trust us to find solutions.” Career highlights include the Fish, Wildlife & Parks Montana Wildlife Center, various projects with Town Pump, Inc. and his current work with MSU Northern. Kennaugh holds accreditations with both LEED and Green Globes Professionals as well.

Looking ahead, Kory hopes to continue developing the firm to last, as well as continuing to build strong client relationships.

From the start, Kennaugh shares that former principals Jim Brown (retired), Ray Johnson (retired) and John Palmquist (retired) have been very helpful mentors throughout his career.

While uncommon to accurately predict where our varied childhood hobbies and interests will lead us, it is even rarer to have these subjects equate to a lifelong career. In that regard, Kory achieved both.

Back to Learn
PrevPrev. PostCWG discusses “The Future of Banking and Design” in latest issue of The Community Banker
Next Post6 Reasons to Hire a Home Design ProfessionalNext