The Power of Paisley

Have you ever wondered about those trippy floral patterns and where this intricate pattern came from? Well, not surprisingly, its origins lie in ancient Persia. During the height of the British Empire, the East India Company is widely credited with bringing this creation to western civilization in the 1700’s. Shortly thereafter, the pattern began appearing on textiles all over Europe. 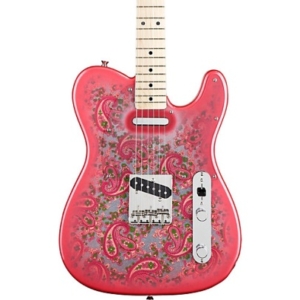 Speed ahead a couple hundred years to the Beatles with their eastern influence. The 60’s were a renaissance for paisley. In the decades that followed, other musical bands and movements have managed to keep paisley relevant. The fashion industry has always had a little obscure corner carved out for paisley. Of course, we commonly see paisley in men’s ties and women’s scarves. Still, it would appear that after several centuries of “normalization” in western culture, paisley is just not as widely accepted and popular as other more traditional patterns and styles, After all, it is somewhat exotic and outlandish by comparison. I’ve been told that a little bit of paisley goes a long way, fair enough.

If you really study it, there is an air of mystery with its unusual juxtaposition of organic shapes and somewhat infinite forms. Next time you reach for a boring plaid or houndstooth shirt, consider a paisley. As a designer, I can’t help but think that the brilliance of this pattern radiates a unique richness in all of its infinite and intricate detailing. 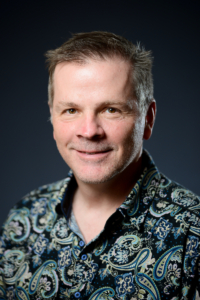 With more than 30 years of experience in principal management, architectural design, administration, and planning, Tony has the expertise on project types of all scales and sizes. He’s had a hand in designing many of CWG’s signature structures, but he particularly enjoys designing public schools. Tony has a passion for community service and is an active member of Rotary Club and the Helena Chamber of Commerce.