How My Search for No “Right Answers” Led Me to Architecture 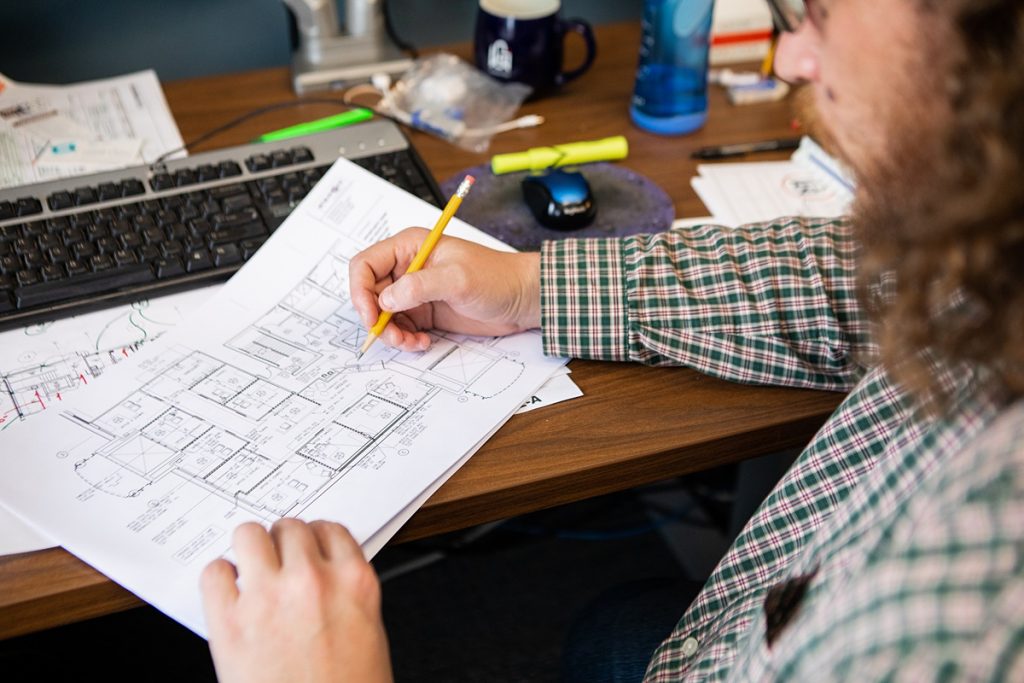 My journey to becoming a project manager in an architecture firm has been a continuous process of learning, understanding, self-realization, and change. From my first job drafting up details and floor plans to my current role of guiding a project from start to finish, my job and responsibilities have slowly expanded to include more and more of the overall process. Throughout this transformation, I have learned that there are no “right answers” in architecture, which is what drew me to the field.  You have to think of each problem like a puzzle, you figure it out piece by piece then repeat that process until you can see the bigger picture.

Like many kids after high school, I didn’t have any idea what I wanted to do.  I found school to be easy, tedious, and not very challenging. I was the classic underachiever. Going to college was expected in my family, so it was always assumed that I would attend right after high school. I decided to enroll at the local college, Montana Tech, and try a couple of entry-level programming classes because I enjoyed messing around with the family PC and playing video games. The classes were boring. The idea of doing programming for the rest of my life sounded like a really bad idea, but I wasn’t sure what I wanted to do.

Over the following semesters, I started going to class less and less. After failing about half of my classes the first semester, I was put on academic probation and had to enroll in basic classes about how to study, how to be a college student, those kinds of things. It was even more boring than the first semester and I quit going to class altogether.

I realized that while I did enjoy working with computers, I needed something more challenging. Working with computers meant dealing almost entirely with logic and absolutes, once you learned the “right answer”, all you did was repeat it over and over. What I enjoyed about computers was solving the puzzle, not having the answer.

As my disassembled childhood toys will attest, I have always enjoyed figuring out how things work and how they are put together, so when I looked over the classes available, the drafting classes caught my eye. I enrolled in the 2-year associate’s degree program for Drafting and finally enjoyed school. Drafting was a puzzle of how to represent a 3D object in 2 dimensions. It was the late 90’s, so computers were starting to be integrated into the program. Computers became a tool, instead of the main focus. Just before my last semester, an architecture firm in Bozeman inquired about hiring an architectural drafter.  Luckily, I was allowed to complete my degree by doing a work-study for the last semester.

While working in Bozeman, I started to learn the smaller parts of how buildings were put together, like how to show a roof truss attached to the top of a wall or show how a wall connected to a foundation. The parts I didn’t understand were the larger questions. Why place the kitchen there? Why was this ceiling taller than others? These were not questions that could be answered in a single way. There was no obvious “right answer.”

While my bosses did their best to explain their reasoning, there was only one way to learn the answers to those questions … architecture. Architecture school was focused on the big picture issues of design concepts. It gave me reasons for why the kitchen was placed there, or why this roof should slope, and why this roof should be flat. I spent a lot of time learning about sun angles, negative space, and the grand ideas around our built environment. It taught me how to manipulate space, how to establish relationships, how to create an experience for people within a building. These are things that can only really be taught in a school setting and are very theoretical and philosophical. School was a chance to go through the process of designing and figuring out what works, what doesn’t, and why. Architecture school isn’t about finding the “right answer”, it is about how to approach and solve a problem.

My first job after graduating was in a three-person office with two licensed architects and me. Before my hiring, the two principals had drawn everything with paper and pencil, but there was an ever-increasing demand for drawings in digital formats. At the start, my job was to take the hand drawings and recreate them on the computer. The longer I did it the more I learned, and they could put less and less information on their drawings before handing it over to me to fill in the blanks.

By 2012, when the principals retired, I had learned a great deal about how buildings were put together and how to show that in drawings. I understood that a set of Construction Drawings was really an instruction manual for a building, similar in a lot of ways to the directions for a Lego set. Sometimes, you needed a 100-page monster with very specific directions on every piece.  Other times, you just needed a couple of pages to show what it’s supposed to be at the end.

I didn’t have much experience with what happened on a project before and after the drawings. My job mainly consisted of being a drafter. My bosses were old school, they grew up in a time when the first 10 years of your career after school was drawing details and you worked your way up the ladder.  Since most of the time spent on a project is spent developing drawings, there wasn’t much time to meet with clients and fully understand a project from start to finish.

When I started working for CWG in 2012, I knew how to solve the puzzle of putting together a set of drawings, but I was eager to be more involved in the “Project Management” phases. Throughout my time here, I’ve realized being included in a project from start to finish makes the entire process much easier. I meet more often with clients at the beginning of a project and discuss what they want and need. By talking with clients and understanding what they are looking for, it helps guide every decision throughout the process, from where to place the kitchen to what the gutter should look like. Then, I talk with contractors as the project is being built if not beforehand to understand issues that could arise during construction. Working with contractors as they’re in the field trying to build what you have drawn, makes it clear when what you are trying to achieve isn’t being relayed through the drawings. With this wholistic approach, I’ve learned that the role of a Project Manager is closely tied to a translator. It’s not just about the design itself but making sure the client’s ideas are correctly interpreted by the people who are actually building the structure.

The Architecture profession seems like a mysterious thing from the outside, but the purpose is relatively simple. Our job is to do for the client what they cannot do for themselves. We use the things we have learned and tools available to both set the question and find the answer. Though my journey to architecture wasn’t exactly a straight line, I can say that I’ve found a role that satisfies my desire to solve intricate puzzles while still providing a different challenge every time. Somewhere along the way, I have become one of the more experienced members of the team. As I continue my career as a “Senior” Project Manager, the puzzle I am working on now is how to pass along the tricks I have learned to other staff with the sense of enjoyment and satisfaction I have for the profession. 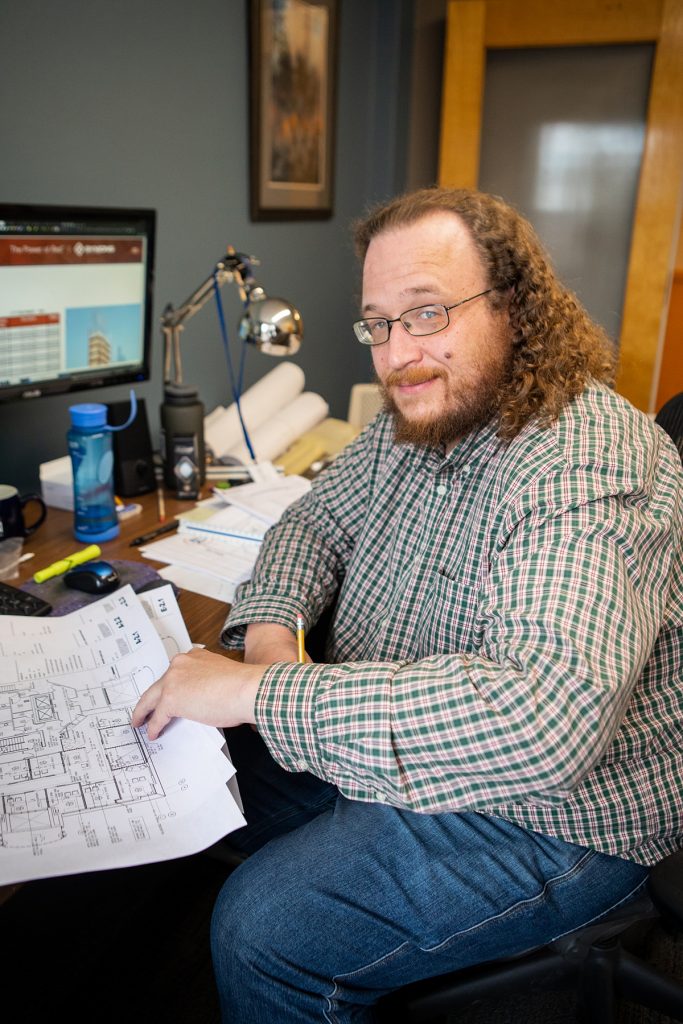